Don't know what Moombahton is?

Frank Mendez has released this awesome mix  of amazing deep Moombahton.  Featuring artists from the Moombahdeep series – do check this mix out it is lovely! 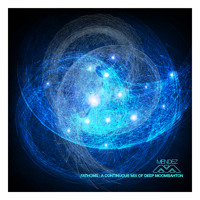 Moombahton: Grandes Exitos Vol 1 starts in the bowels of deep and dirty dub but quickly explodes into fierce tune called Spider (which sounds like the classic  Firepower remix from Munchi, but slightly more polished for home listening but still rough enough to sandpaper your face off).  A great opening tune to a great compilation from Mad Decent and Tropical Bass blogger Alberto Caballero.

Overall this is a great compilation of some tracks that are new to me and some that aren’t.  As I have the time and motivation I am going to go through the whole thing one track at a time.

If you’d like to skip throught the tunes yourself whilst reading my take on them you can download the whole album from;

(I have intentionally not looked at artist names or track titles because sometimes its easy for my judgement to happy when reading the credits, before listening to the tune!

2 – Latin moombahton a “pots and pans” tune that reminds me of the best of Big Beat.

4 – Eastern Vibes, with through the floor bass!  Minimal and dark but I am itching to hear this through a club’s PA rig. (Added this to my SAotV Soundsystem DJ set folder).

5 – Party tune that isn’t my cup of tea, but I can see this working well for some DJs (after a second listen, don’t let the radio/resort friendly vocal put you off, this is a banger!).

6 – Kung Fu movie Moombahton with a dancehall vocal.  Great sample / vocal drop, which I think the artist may have made themselves!

7 – One that wouldn’t fit into my set but a well produced Moombahton tune, that sits on the harder side of thing and uses a rap edit.

8 – Old school rave organ that drops into an up-tempo Moombahton joint (which is probably a whole other genre but I don’t really keep up to date with the names maybe kuduro-juke-bubbling hybrid nu-trap or just Cumbia).

9. This has been in my DJ box for some time, I’ve closed a couple of set with it.  Pure funky pop genius, I’ve dropped this at the start middle and end of my sets to different crowds and they have all loved it!

10 – Dutchy moombahton/kuduro with nods to Skrillex!  Personally I wouldn’t have the tunes to play this alongside, but its certainly fun!

11 – Synth led Dancehall/Bashy moombahton that reminds me of some of the tunes on El Cuco!

12 – Deep techy  Moombahton with some latin vibes (Moombahtek I belive it’s called)  I played this out a couple of weeks ago and it was a highlight of the night, played it twice and everything.

13 – Samples a rap classic. A Ginger Shinobi certified classic tune for the club if you wanna liven things up for a party vibe!  It’s a great transition from party to more underground tracks.

14 – This has also been in my set for a long time, another great tune that has a bassline to die for!

In summary, this compilation is excellent a real soundbite of the moombahton scene for educated ears!

The AZ Gunslingaz formed just over a year ago in Phoenix Arizonaton. A band of producers pulling from many different backgrounds that came together to push the Phoenix electronic music scene/sound out of the Clubs of Phoenix, and Into Bass Cabinets all over the world. With great success from Vol.1 last summer, Pickster One, DJ Melo, Mendez, Riot Earp, Sluggo & Ellery all pushing the Southwest Tropical Bass sounds, showcase the growth of the group as producers and their individual musical tastes on Vol.2 touching on Moombahton, Kuduro, Trap, Juke, and Moombahcore with influences from Brazilian Drums, Spanish Flamenco guitar, Chicago Juke to some good Ole Southwest Phoenix Moombahton. Trying to keep up with these kids can be tuff, just look for the Dust cloud in the desert and the AZ Gunslingaz won’t be far away.

Posted: May 4, 2012 | Author: Ginger Shinobi | Filed under: Music | Tags: beatport, generationbass, jay fay, moombahton | Leave a comment
Hey!
In the run up to Moombahdeep Volume 2 coming out, I have just downloaded this wicked EP from genius producer, Jay Fay.
Grab it while it’s hot, and I will write a proper review once I have had a decent couple of listens…

Mashitup, the title track, can be be given away as a free download:
http://www.mediafire.com/?u8o7wcwvykct07d

Continuing my trend of being late on reviews, please let me introduce you to Moombahton’s newest and youngest Don Jay Fay.
Jay has released a stunning EP called $$OOPS$$ and the title track has been in my “record box” folder for a couple of weeks now, straight up old-school rave piano with a classic dubstep bass-line sits sexily over the dembow beat.

Having already stacked up a pile of heavyweight cosigns from EDM heavyweights such as Skream, Toddla T, Dave Nada, Dillon Francis and DJ Craze, the release of $$OOPS$$ on T&A Records sees the St. Louis, Missouri native and percussive wunderkind continuing to carve out his own distinctive sound – and rapidly proving himself as a producer to watch in dance music cirlces.

Jay continues to impress me with a mature production sound that has moved dancefloors for me over the last couple of weeks.

The boys from Scold Recording (who are friends of this blog) have nailed their second release with three killer tunes that will demolish dancefloors globally over the next few weeks.  Just in time for Moombahton’s big gigs at WMC and SXSW Scold’s producers hit hard with the old left, right combo and finish things off off with a brutal glasgow kiss to the snout of lesser beings.

END_OF_DOCUMENT_TOKEN_TO_BE_REPLACED

I Wanna Be Your Moombahdog.

I Luv it when people tackle stuff that not many would ever think of and that is the case here with Professor Angel Sound’s Moombahtrash treatment of this infamous track by seminal Punk band The Stooge’s, of course featuring the legendary Iggy Pop!

This is a classic track, and this is decent edit of it, that’s worthy of a mention here.

And good on him for doing so!